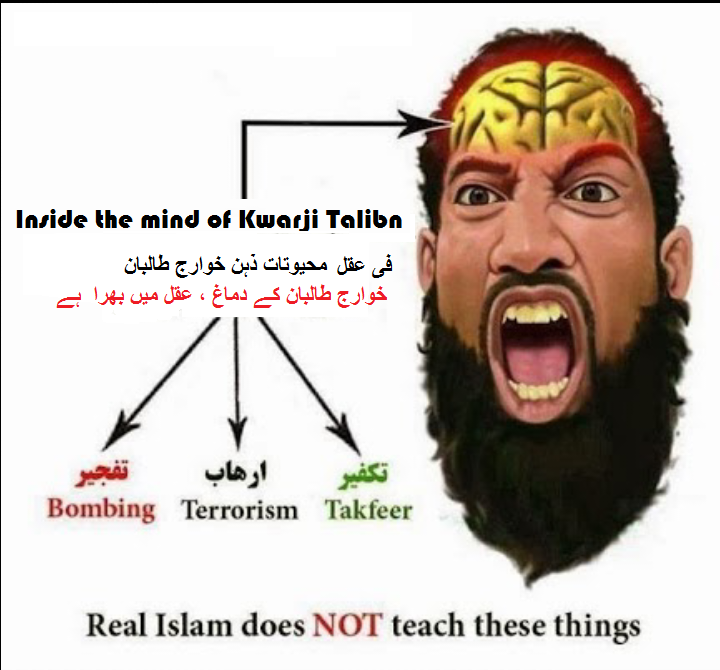 Three decades after introduction of the religious militancy by USA to defeat USSR in Afghanistan and later US invasion of Iraq and Afghanistan after 9/11 many armed groups have resurfaced in Afghanistan to resist US lead NATO occupation. As fallout some groups have rebelled against the state of Pakistan on the pretext of establishing Shari’ah rule. Known as Taliban, they consider the rulers and other Muslims to be disbelievers, apostates who must be killed unless they returns to the rule of “their brand of extremist ideology”, the claim rejected by Muslim scholars on the grounds of heretic extremist Takfiri doctrine of Khwarij of early days of Islam. It is considered as a doctrinal deviation [bid’at], heresy. Leaders such as Hassan al-Hudaybi (died,1977) and Yousf al–Qaradawi reject ‘Takfir’ as un-Islamic and marked by bigotry and zealotry. Dr.Tahir ul Qadari has issued a comprehensive edict (fatwa). Such narrow mindedness has exacerbated the evil of sectarianism and the resulting intolerance among the masses has led to a dangerous trend towards sectarian militancy. Recently even the Saudi, Salafi scholars also condemned and strongly rejected the ‘Takfir’ doctrine.
The Muslims have always been ruled by the Islamic law [Shari’ah] in the empires and Caliphates till end of Ottomans in 1918. Even the Moghul in India known for their tolerance of non Muslims adhered to Shari’ah. In the book, ‘The Fall and Rise of the Islamic State’, Noah Feldman, a Harvard Law professor, writes: “The scholars exercised control over meaning of Shari’ah, interpreting the divine law and acting as a restraint on the caliph’s power. The caliph relied on the scholars for legitimacy and divine sanction, which created an institutional balance of power that gave stability and longevity to the Islamic state’. Feldman argues that this institutional balance of power is what ensured justice in the Ottoman Empire, and that it is also exactly what is lacking in today’s Islamism”. 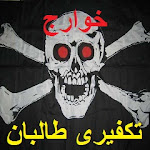 After the fall of Abbasid Caliphate, the Tatar (Mongols) abided by the law that they inherited from their king Genghis Khan who wrote Al-Yasiq, for them. This book contains some rulings that were derived from various religions, such as Judaism, Christianity and Islam. Many of these rulings were derived from his own opinion and desires. Later on, these rulings became the followed law among his children, preferring them to the Law of the Book of Allah and the Sunnah of His Messenger (pbuh). This was opposed by the Muslim scholars like Imam Ibn Taymiyah and Ibn Kathir. During four centuries most of Muslim countries were colonised by Christian West who introduced their law based upon Roman law. On independence, the rulers under influence of West continued the same practice. The people’s desire to be governed by Shari’ah is ignored, the Islamic provisions introduced in the constitution have not been implemented in true spirit, which have been exploited by extremists to declare others as apostate, creating anarchy which only helps the enemies of Pakistan and Muslims. Islam does not preach extremism and violence. Allah says: “We have made you (true Muslims) a moderate nation” (Quran;2:143). Here effort has been made to analyse this extremist ideology in the light of Quran and Sunnah of Prophet (pbuh) and to ascertain the religious legitimacy of their armed revolt against Islamic Republic of Pakistan on the pretext of implementation of Shari’ah, its relevance vis-à-vis, Islamic concept of Disbelief, Apostasy Major & Minor Sin, Crime, Repentance, Mercy, Forgiveness & Punishment here and hereafter. At the end rebuttal to the ‘illogical logic’ of Taliban, published in a renowned Urdu newspaper have included.
-------  ------  ------- --------  --- -- - - - - -- - -
Read full eBook as WebDoc or PDF
http://takfiritaliban.blogspot.com
- - - - - -- - - - - - - - - - -- - - - - - - -- 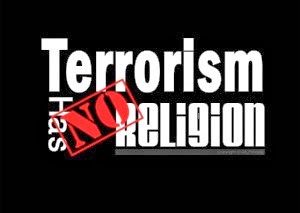 The doctrine of Takfiri Taliban Pakistan is not based upon any direct clear commandment or Ayah of Qur’an, it is derivative, based upon analogy (taweel), which can have more than one opinions. “The fact is that most of them follow nothing but mere conjecture and conjecture is in no way a substitute for the truth. Surely Allah is well aware of all that they do.”(Qur’an;10:36). However through their violent terrorist acts, Taliban are violating the clear verses (Ayahs) of Quran and Hadith. No Muslim worth the name will ever dare to even think of rejecting or violating the unambiguous commandments of Allah, clearly mentioned in Qur’an and Hadith, summarised here:
·       Disregarding the Ayahs, which annuls good deeds: Qur’an;18:104-105.
·       Killing a believer, major sin: Qur’an;4:93. “A Muslim is the one who avoids harming Muslims with his tongue and hands.”(Sahih Bukhari Hadith: 1.9)
·       Killing of innocent human not permitted: Qur’an;5:32, 17:33.
·       Mischief on land rejected: Qur’an;28:77,2:11-12,  2:60, 206, 3:63, 7:56, 5:33-34.
·       Creating disorder and anarchy on land . (Quran; 5:33 & 4:59)
·       Fighting permitted in defence with in limits – No Transgression: Qur’an;2:190.
·       Kindness to Non Combatants: Qur’an; 60:8.
·       Suicide is not permissible in Islam: Qur’an;2:195,4:29,  Sahih Al Bukhari Hadith Numbr:8.126, Sahih Muslim Hadith. Number.486.
·       Killing by burning not allowed: Sahih Al Bukhari, Hadith, Number.4.259, Sahih Al Bukhari, Hadith, Number.4.260. Bombing & explosions burn the victims.
·       Safety of mosques, monasteries, churches, synagogues & worshippers:  Qur’an;2:114, 22:40).
·       Mutilation of the dead bodies is prohibited: Sahih Muslim Hadith.804.
·       Prohibitions-of killing religious people, women, children, aged, sick people, animals and cutting trees in military expeditions: Sahih Al Bukhari, Hadith, Number.4.257,258, Al Muwata Hadith, Number;21.10.
·       Freedom of faith-no compulsion: Qur’an;2:256,88:21-24, 45;50,109:6.10:100.
·       No sectarianism :  (Quran;3:105, 6:159).
·       Rebellion against Islamic state and Muslim rulers not allowed: Quran; 4:59
·       Fatwa by scholars is just a non binding opinion, which has no value against clear cut commandments of Quran and Sunnah, specially where it involves lives and unity of Muslim Ummah.
·       Creating mischief [disorder] on land: “..do not spread mischief in the land.”(Qur’an;7:74. 5:33)
In an Islamic order the injunctions of God and the way of the Prophet (peace be on him) constitute the basic law and paramount authority in all matters. Whenever there is any dispute among Muslims or between the rulers and the ruled the matter should be referred to the Qur'an and the Sunnah, and all concerned should accept with sincerity whatever judgement results. Taliban should adhere to the Hadiths forbidding armed rebellion against Muslim ruler as along as they offer prayer and does not manifest open infidelity. The Qur’anic command not to create disorder on land (4:59) should be practiced. Any weakness shown in non implementation of Shari’ah by rulers does not make them infidel, till they openly reject it, which they don’t. Normal relations with non Muslims not hostile to Muslims are permitted by Allah (60:7-9). Government of Pakistan is bound to honour the international treaties as moral and religious obligation (17:34, 7:32, 23:8). Our beloved Prophet Muhammad (pbuh) has told us to resist the wrong practices of tyrant Muslim rulers peacefully, not through rebellion. Change of governments earlier in Turkey and  in Tunisia & Egypt through peaceful means are recent examples, while in Malaysia, Indonesia and other democratic Muslim countries it is regular practice . Pakistan being democratic country offers peaceful method of change of rulers through power of free media and vote. No group like Takfiri Taliban can be allowed to create disorder in Pakistan on the name of Shari’ah through rebellion. This will only benefit enemies of Islam. Over 35000 innocent Pakistani women, children, young and old & soldiers have been killed by Takfiri Taliban and US drone attacks. The Takfiri Taliban and their sympathisers are requested to use the intellect to discern the truth from falsehood:
إِنَّ شَرَّ الدَّوَابِّ عِندَ اللَّـهِ الصُّمُّ الْبُكْمُ الَّذِينَ لَا يَعْقِلُونَ
یقیناً خدا کے نزدیک بدترین قسم کے جانور وہ بہرے گونگے لوگ ہیں جو عقل سے کام نہیں لیتے
Verily, the worst of all creatures in the sight of God are those deaf, those dumb people who do not use their intellect.(Quran;8:22)
لِّيَهْلِكَ مَنْ هَلَكَ عَن بَيِّنَةٍ وَيَحْيَىٰ مَنْ حَيَّ عَن بَيِّنَةٍ
جو ہلاک ہو، دلیل پر  ہلاک ہو اور جو زنده رہے، وه بھی دلیل پر زنده رہے
Who would perish might perish by clear proof, and he who would live might live by clear proof(Quran;8:42)
قَالَ رَبِّ انصُرْنِي عَلَى الْقَوْمِ الْمُفْسِدِينَ
پروردگار! اس مفسد قوم پر میری مدد فرما
“My Lord, aid me against these mischievous people.(29:30)