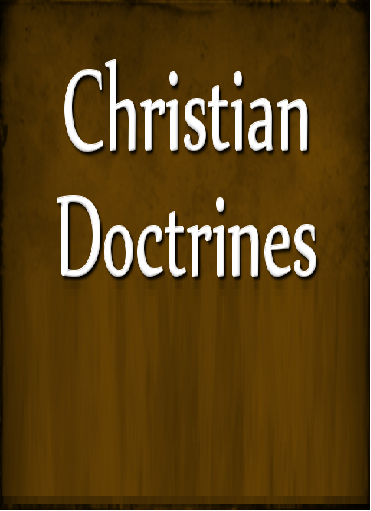 http://bible-pedia.blogspot.com/p/christianity-1.html
Identification of True God is the first and the most important issue confronted by every human being. Any wrong decision is going to keep us in hell for ever. While we go to market for purchasing items we need, we are very choosy. Survey is carried out, reliability of products is established, then purchase is made we do not trust heresy and use our intellect to the best. Unfortunately this aspect is ignored in case of God. We tend to follow what we have been hearing since our childhood. One must read the Bible with open mind, there are clear verses without any ambiguity on oneness of  God, monotheism in Old Testament and New Testament. People leave these clear verses and try to extract desired meanings for some ambiguous verses which are twisted. It is against common-sense and logic to identify God in such dubious way. Let's keep in mind that:-
In the New Testament seventeen passages, wherein the Father is styled one or only God, while there is not a single passage in which the Son is so styled.
There are 320 passages in which the Father is absolutely, and by way of eminence, called God; while there is not one in which the Son is thus called.
There are 105 passages in which the Father is denominated God, with peculiarly high titles and epithets, whereas the Son is not once denominated.
There are 90 passages wherein it is declared that all prayers and praises ought to be offered to Him, and that everything ought to be ultimately directed to his honor and glory; while of the Son no such declaration is ever made.
Of 1,300 passages in the New Testament wherein the word God is mentioned, not one necessarily implies the existence of more than one person in the Godhead, or that this one is any other than the Father.
The passages wherein the Son is declared, positively, or by clearest implication, to be subordinate to the Father, deriving his being from Him, receiving from Him his power, and acting in all things wholly according to His will, are in number above 300.
In a word, the supremacy of the Father, and the inferiority of the Son, is the simple, unembarrassed, and current doctrine of the Bible; whereas, that of their equality or identity is clothed in mystery, encumbered with difficulties, and dependent, at the best, upon few passages for support after twisting and manipulation.
Here effort has been made to present the true picture about ambiguity of dubious claims to consider  Jesus Christ as deity while totally ignoring clear verses on One Single God. Please spare time to think  and ponder, you are answerable to God to identify Him as He is, as He wants you to do. While praying to God to open your mind to the Truth, use your intellect sincerely to discern truth from falsehood.
"And he [Jesus] said also to the multitudes: When you see a cloud rising from the west, presently you say: A shower is coming. And so it happeneth. And when ye see the south wind blow, you say: There will heat. And it cometh to pass.  You hypocrites, you know how to discern the face of the heaven and of the earth: but how is it that you do not discern this time?"[Luke;12:54-56:]
Divinity of Jesus Christ is the topic of intense debate from last 2000 years. The Christians theologians support it with verses from Bible. This requires and objective analysis because there are verses in Bible [OT & NT] which  goes against the argument of divinity of Jesus Christ.
Basic Christian Beliefs

What do Christians believe? Answering that question is no simple matter. Christianity as a religion encompasses a wide range of denominations and faith groups, and each subscribes to its own set of doctrinal positions.
Christianity: Doctrines
Christianity teaches that Jesus is the Son of God, God having become human and the saviour of humanity. Christians believe that Jesus is the Messiah prophesied in the Hebrew Bible, referred to as the "Old Testament" in Christianity. The foundation of Christian theology is expressed in the early Christian ecumenical creeds which contain claims predominantly accepted by followers of the Christian faith. These professions state that Jesus suffered, died, was buried, and was resurrected from the dead to open heaven to those who believe in him and trust him for the remission of their sins (salvation). They further maintain that Jesus bodily ascended into heaven where he rules and reigns with God the Father. Most denominations teach that Jesus will return to judge all humans, living and dead, and grant eternal life to his followers. He is considered the model of a virtuous life, and both the revealer and physical incarnation of God. Christians call the message of Jesus Christ the Gospel ("good news") and hence refer to the earliest written accounts of his ministry as gospels.
Though there are many important differences of interpretation and opinion of the Bible on which Christianity is based, Christians share a set of beliefs that they hold as essential to their faith:Its main points:
belief in God the Father, Jesus Christ as the Son of God and the Holy Spirit - Trinity: Although there is no single term in use in Scripture to denote the unified Godhead.
the death, descent into hell, resurrection, and ascension of Christ
the holiness of the Church and the communion of saints
Christ's second coming, the Day of Judgement and salvation of the faithful.

The following are the basic Christian beliefs central to almost all Christian faiths [from Christian source]. They are presented here as the core doctrines of Christianity. A small number of faith groups who consider themselves to be within the framework of Christianity, do not accept some of these beliefs. It should also be understood that slight variances, exceptions, and additions to these doctrines can exist within certain faith groups that fall under the broad umbrella of Christianity.

The formal response of Christians to such criticisms is described as Christian apologetics. Several areas of criticism also include the claims of scripture itself, the ethics of biblical interpretations that have been used historically to justify certain attitudes and behaviors, the question of the Trinity, religion's compatibility with science, and other Christian doctrines. The criticism came from the various religious and non-religious groups around the world, some of whom were themselves Christians. More:  http://en.wikipedia.org/wiki/Criticism_of_Christianity.
Read more:-