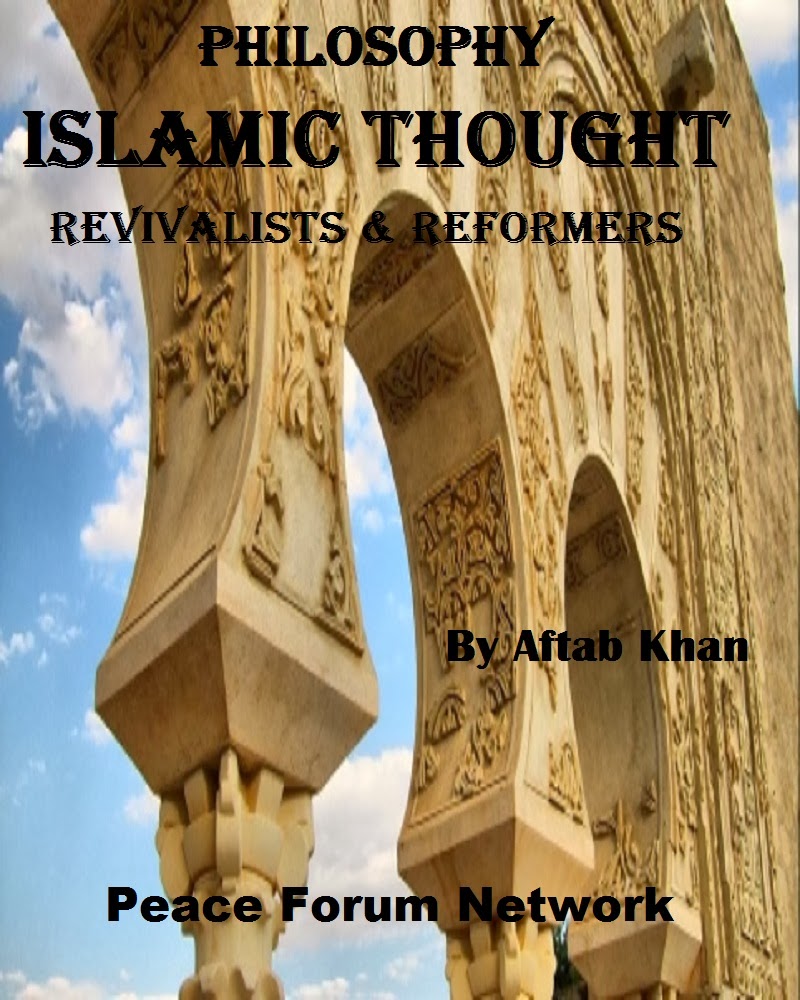 Generally the people consider philosophy to be a subject of little value and consider its study as waste of time.  It should be known that ‘Philosophy’ not only strengthen the faith but is also the driving force behind any development, progress or descend be it a nation, community, group or civilization. The history is full of examples. It was the faith and philosophy of Islam which transformed the unknown, uncivilized, illiterate Arab tribes, in to the torch bearers of the great civilization with in 23 years, unmatched event in the history of mankind. Then a shift occurred, while at its zenith, its followers failed to face the divine test of devastation they had to suffer in the hands of Mongol hordes and humiliating expulsion from Spain.


They started to concentrate on rituals and ascetic practices, abandoning their philosophy of rational thought, reason and scientific knowledge, the hall mark of their intellectual development. Their heritage of intellectual treasure was slowly allowed to pass on to the West. According to Encyclopedia Britannica: “The decline of Muslim scholarship coincided with the early phases of the European intellectual awakening that these translations were partly instrumental in bringing about.  The translation into Latin of most Islamic works during the 12th and 13th centuries had a great impact upon the European Renaissance. As Islam was declining in scholarship and Europe was absorbing the fruits of Islam's centuries of creative productivity, signs of Latin Christian awakening were evident throughout the European continent. The 12th century was one of intensified traffic of Muslim learning into the Western world through many hundreds of translations of Muslim works, which helped Europe seize the initiative from Islam when political conditions in Islam brought about a decline in Muslim scholarship. By 1300 C.E when all that was worthwhile in Muslim scientific, philosophical, and social learning had been transmitted to European schoolmen through Latin translations, European scholars stood once again on the solid ground of Hellenistic thought, enriched or modified through Muslim and Byzantine efforts.”

Unlike the earlier tradition of Islamic philosophy from al-Farabi to Averroës, which had consciously cultivated political science and investigated the political dimension of philosophy and religion and the relation between philosophy and the community at large, the new approach from its inception lacked genuine interest in these questions, had no appreciation for political philosophy, and had only a benign toleration for the affairs of the world. No worthwhile political philosopher or reformer came up with solution to real problems confronted by Islamic world. The divine guidance in the form of Qur’an and Sunnah of Prophet (peace be upon him) was available so that: “they may ponder its revelations, and that men of understanding may learn lessons from it.”(Qur’an;38:29). But the ‘men of understanding’ were rare.  Centuries have passed but Muslims have failed to correct the historic mistake, to set the priorities right. The result is frustration, extremism, disunity, loss of dignity, self esteem, poverty, deprivation, illiteracy, oppression, economic and political domination by West and others economic giants.